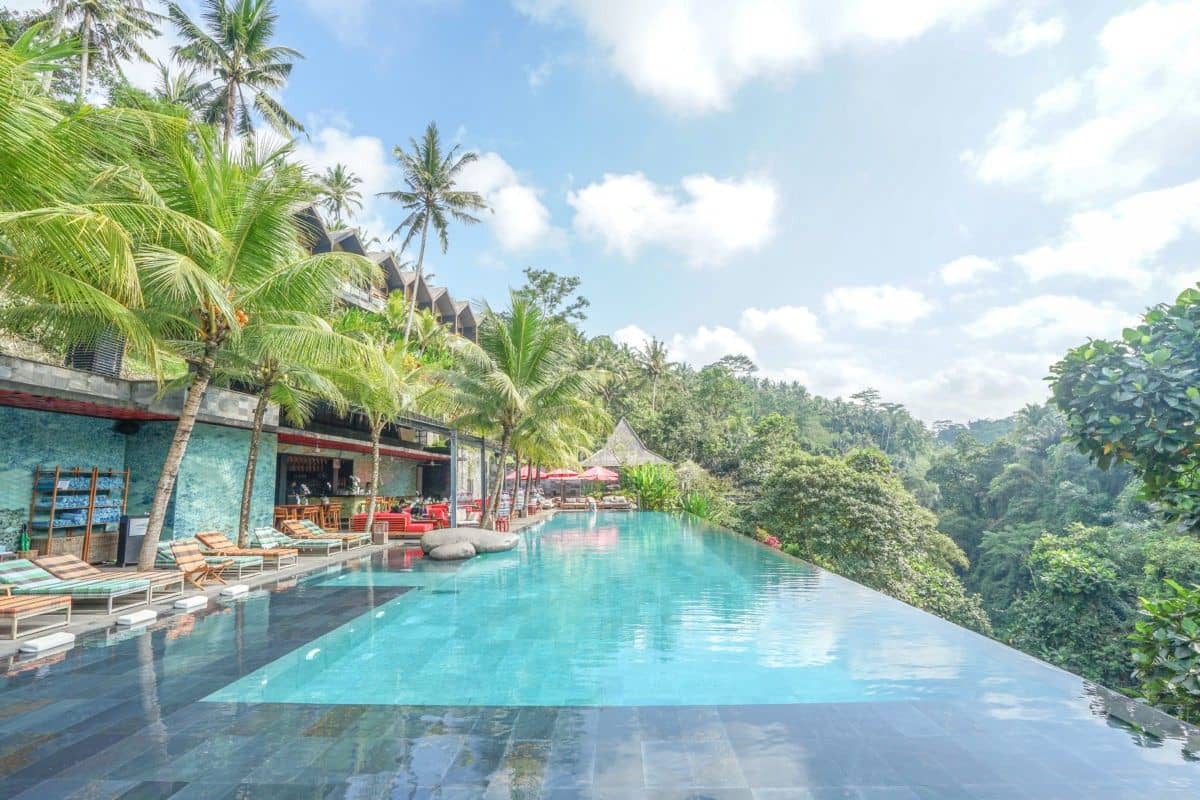 Last winter, Tom and I (Maxime) were spending our vacation in Ubud, Bali! When you think about Ubud, it’s the kind of place on earth where time stands still. It’s warm and rainy, so much so that there are rice fields and luxuriant vegetation everywhere. On top of that, the Balinese people are extremely nice, kind, and gracious — you just know that you’re in a perfect place for creativity. 😀

This is where everything started for us with PixelMe.❤️

From the rice field of Ubud

With Tom, we were sitting together in front of our pool after an hour-long Balinese massage, 😃 super relaxed. As two growth guys and ex-entrepreneurs, our various discussions have all been about product, growth & startups. We were laughing at ourselves, thinking about all the mistakes we made in the past with our companies and all the things we would do differently today.

We really wanted to work together on a side project and were often exploring random ideas. Tom again repeated his idea of embedding a retargeting pixel in a URL to be able to retarget everybody who clicks on a link. This is a tool he really wanted to have for his acquisition campaigns at SM. Because I wasn’t super used to ads and retargeting, I was unsure about the value. I have to admit, I really wasn’t understanding the value at this time. 😝

Because it was at least the 3rd time that Tom was bringing this idea to the table, I made a deal with him. “OK, let’s build a landing page and see if we could get some signups. If we get at least 10 signups, we will find a way to build an MVP. 😉”

It doesn’t sound super sleek now, but trust me, we were super excited! We designed this page in a way that visitors would think we already had a product. By clicking on the Call to action (CTA) “Start your Free Trial” button, they needed to think they were going to actually start using PixelMe. 😬

After the visitor would have clicked on the CTA, the goal was to explain that PixelMe was not ready yet and collect their email.

This step was crucial to validate that our value proposition was strong enough, so people would leave us their email.

Now that the landing was ready, we needed to send some proper traffic to it. 🎉

Sending traffic
‍
Facebook Ads Manager is maybe the most amazing and accessible tool for doing this. It’s a cheap and quick way to get some segmented traffic.

We started a campaign with several different taglines that we thought could catch the attention of our future users.

We got a pretty decent amount of traffic on our landing thanks to this. Of course, there are plenty of other solutions we could have used for free. Ex: sharing on Reddit, Twitter, Facebook and Slack groups, etc. In our case, we wanted to get some results as fast as possible.

On top of this paid acquisition, we added a simple waiting list option to leverage our traffic.

Getting the most out of our first signup users
‍
To leverage the power of our ads, we also added a waiting list. I know, it could sound a bit counterintuitive to ask visitors, who have never had access to your tool, to invite their friends. But, again, we wanted to test if our value proposition was strong enough so visitors would invite their friends. In turn, this would have been a good signal to us that we were onto something. 🚀

The waiting list option offered our new subscribers a way to cut in line to get access to our private beta. At this time, we were nowhere near having an MVP, sorry folks. 😬 To do this, we used a tool called Prefinary. Free and easy to use!

In the end after 2 weeks, with the referral program:

This is way more than our 10 signups goal! Of course, we were both super excited by these results, even though I lost my bet and had to find a way to build an MVP quickly.😂

To our first MVP!

Customer first
‍
If there is one thing I would have told my 25-year-old younger self, that would definitely be “Get out of the building and talk to your customers.” Unlike the Steve Blank story, this is really something I learned in a smooth way when I first joined Buffer. Since then, I am totally sold to customer research! This might be the most important part of building a new feature or a new product.😍

Even though we had a pretty decent amount of signups to our landing page, we wanted to go deep into the problem with paid marketing and retargeting. Back from Bali, we had 15 interviews with various marketing directors in different fields.

This really helped us narrow down problems that marketing teams have with their paid acquisition. This also helped us uncover a few new use cases for PixelMe.

Do things that don’t scale
‍
At this stage, we were already thinking that we needed to find a third partner in crime that could develop the product. Both Tom and I are growth guys, but not really developers.

But this is where we both remembered this famous quote from Paul Graham— “Do things that don’t scale”! The idea is maybe before starting to effectively build the product, you could try to get the result of your product manually. This could totally be a long process, but totally worth it at first in order to not spend too much time on something nobody would be interested in!

Among our 15 calls, we found 2 users who were willing to give us a list of URLs with their pixels. We would give them shortened links in exchange so they could test it in real life.

This went super well. Both users were super happy and wanted to keep using the tool to grow their Facebook custom audience. 😃

Houston we have a problem… “We need an engineer” 😱

Jérémie joins the team, real work begins
‍
Tom was working every day with Jérémie at Salesmachine. They were both enjoying working together and felt really aligned in everyday product decisions. Jérémie wanted to have a side project so he could test new things, use new technologies, etc. The most important thing for us was to have fun while working on this during evenings or weekends.

The first magic happened when in 2 hours he developed what it took us weeks to create with a WordPress plugin. 😂

Fake it until you make it
‍
Since the first line of code, Jérémie, Tom and I are pretty aligned with this idea of not building a labyrinth with a ton of features everywhere. We want to keep the experience simple and the tool easy to use for our users. We kind of adopted the English idiom “fake it until you make it.” So, every time we thought about a new cool feature for our app, we just waited for someone actually paying for the feature.

Even our Slackbot encouraged us into that direction. 😉

First 10 paying customers
‍
As Jason Lemkin from Saastr shared in his famous blog post, our goal was to get 10 unaffiliated customers.

Jérémie added a channel in slack connected with our Stripe, so we would know when we got a paying customer.

This is a screenshot of our ChartMogul Dashboard. (Thanks, ChartMogul, for offering a free version of your tool for startups that make less than $10,000 in MRR. )

It seems we have something. 😃

Take away
‍
We had a ton of fun since last April working on this project together. The good thing about a side project is that you have no pressure at all. You can test things, work at your own pace… When you get your first paying customers, you need to make sure you’re making them happy with your tool. That might be the only constraint we have. ☺️

We really enjoyed working step-by-step on this idea, without coding first and trying to sell it right afterward! You get the most amazing feeling when you start to get people that you never heard of signing up for your tool.

Personally, I learned a ton of things, especially about product and customers. And that helped me a lot in being a better Product Manager. I am super grateful that I work for Buffer, a company that encourages all of its employees to have side projects.